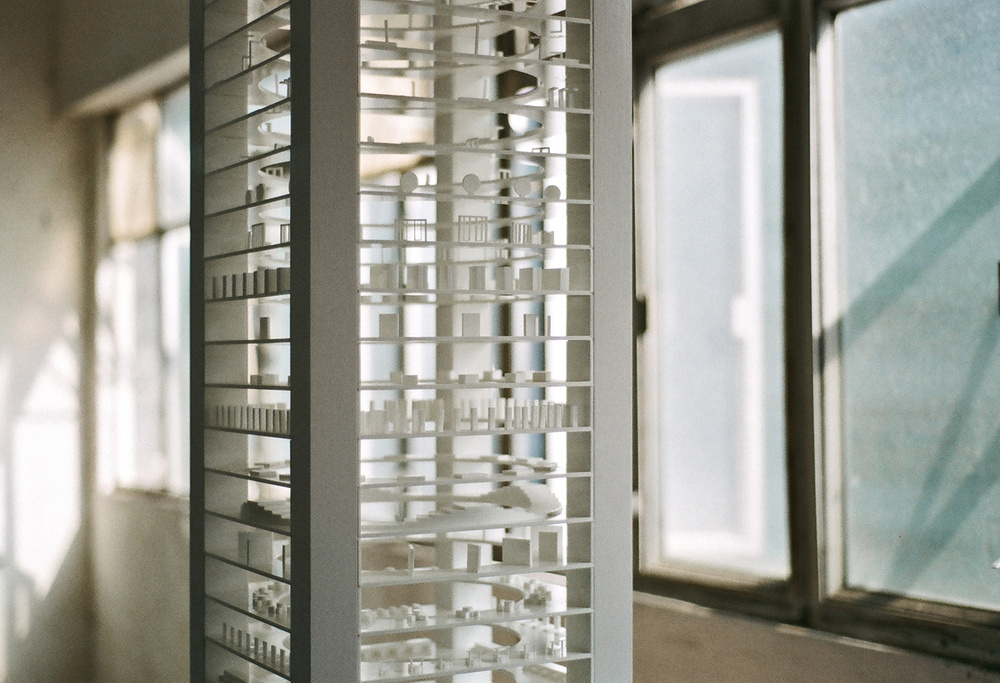 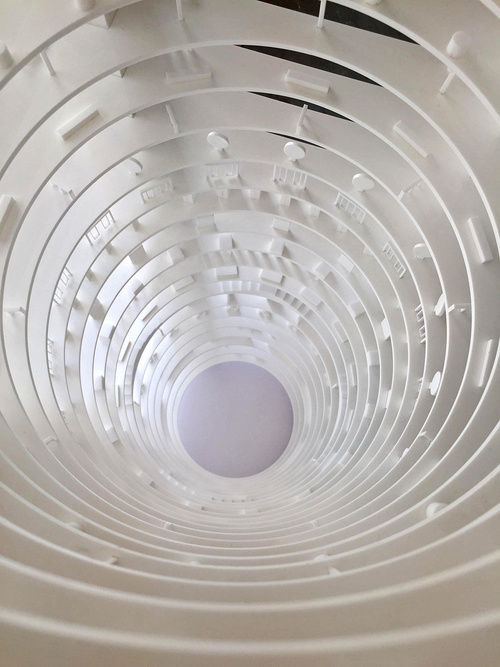 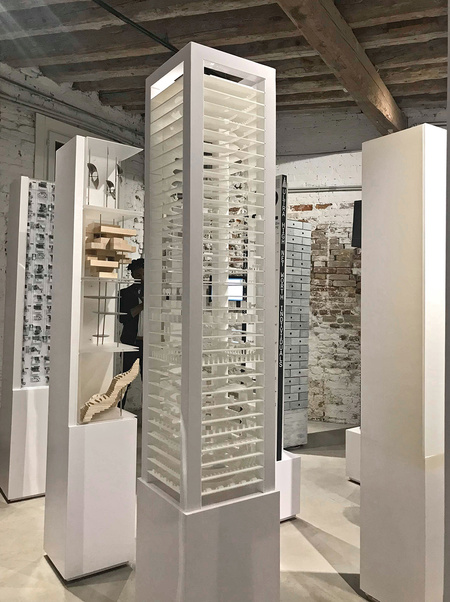 Manifested by the extreme density and number of towers, Hong Kong’s famous skyline is composed of a colossal cluster of excessive solids without voids. As a manifestation of the rocket-high property prices and developers’ incentives, open public spaces in urban Hong Kong are often capitalized and enjoyed as atriums or corridors in shopping malls, which becomes the “Free-spaces” of the city. Thus, we propose the Empty Tower constructed by voids to create a contradictory image against the solid background of urban Hong Kong yet symbolic to its signature “Free-spaces” as the city’s new icon.

The Empty Tower, which would be exhibited for the Venice Biennale Architettura 2018, inverts an abstract, solid tower. The remains from the ghosted floor plates create narrow passageways of various widths surrounding a giant void resembles the “Free-spaces” in malls. Hence, the Empty Tower presents an uncanny tower of voids at the urban scale which forces certain programs to take on an unconventional Hong Kong form. 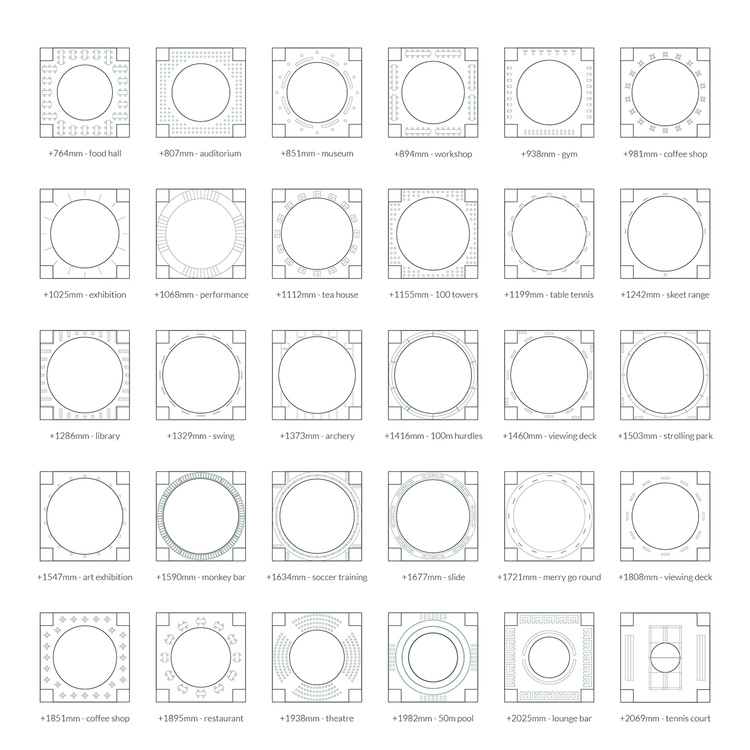