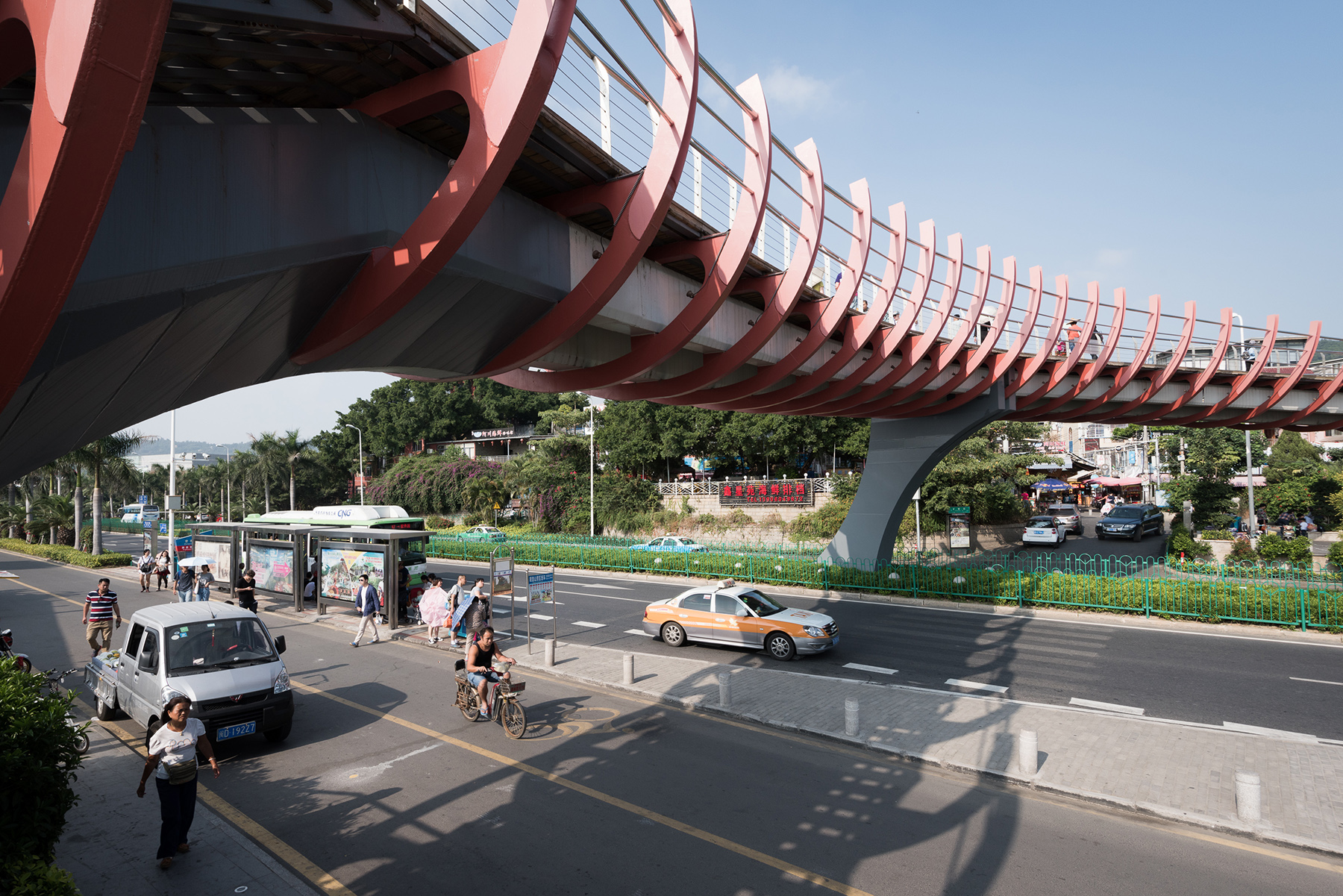 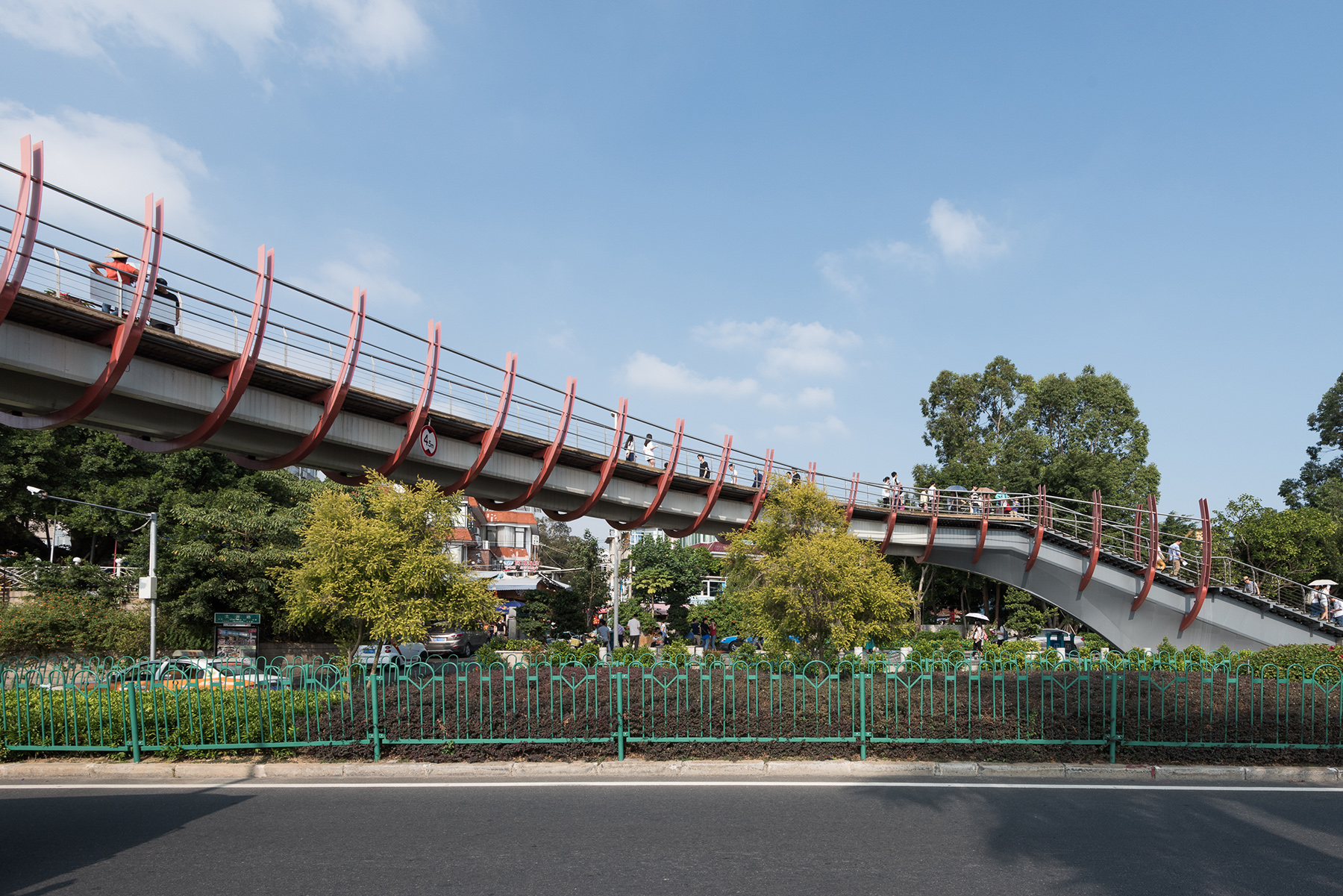 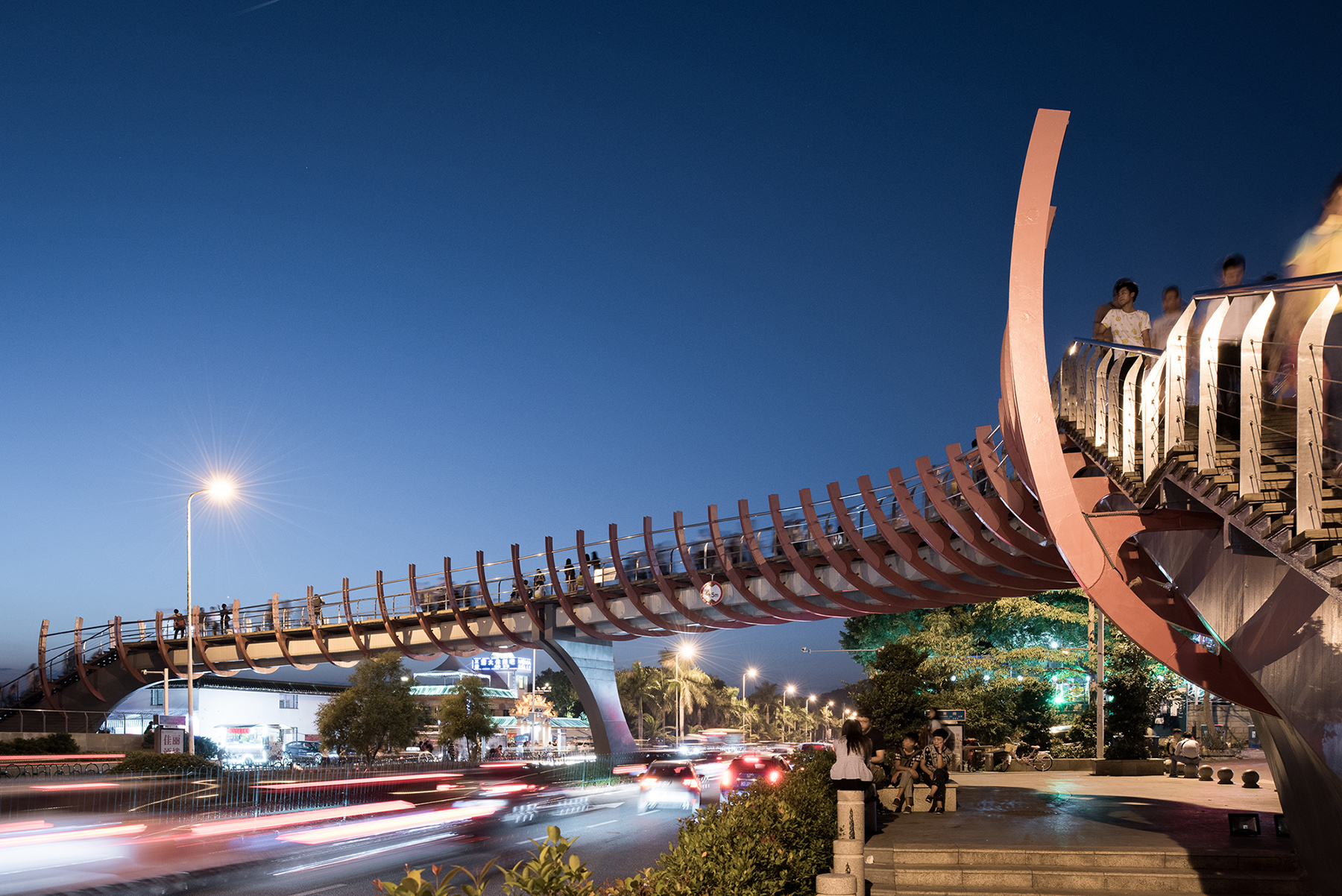 As part of an urban research workshop for Zeng Chu-An village (April 2014) in looking for solutions to keep their economic sustainability, The Fishing Bridge was proposed as the first major development, which subsequently was greatly liked and supported by the locals and approved by the officials.

Rediscovering Zeng Chu-An’s origin as a fishing village, the bridge took reference of the typology of wooden frame structure of traditional fishing boat and also the form of a leaping fish. The Fishing Bridge is constructed to add, if not rebrand, a new iconic attraction and identity of Zeng Chu-An village. Not only can the bridge provide a much safer connection for the only bus station across the 6-lane road, but also draw visitors to the beach, which was often neglected due to the difficulty in accessing previously. 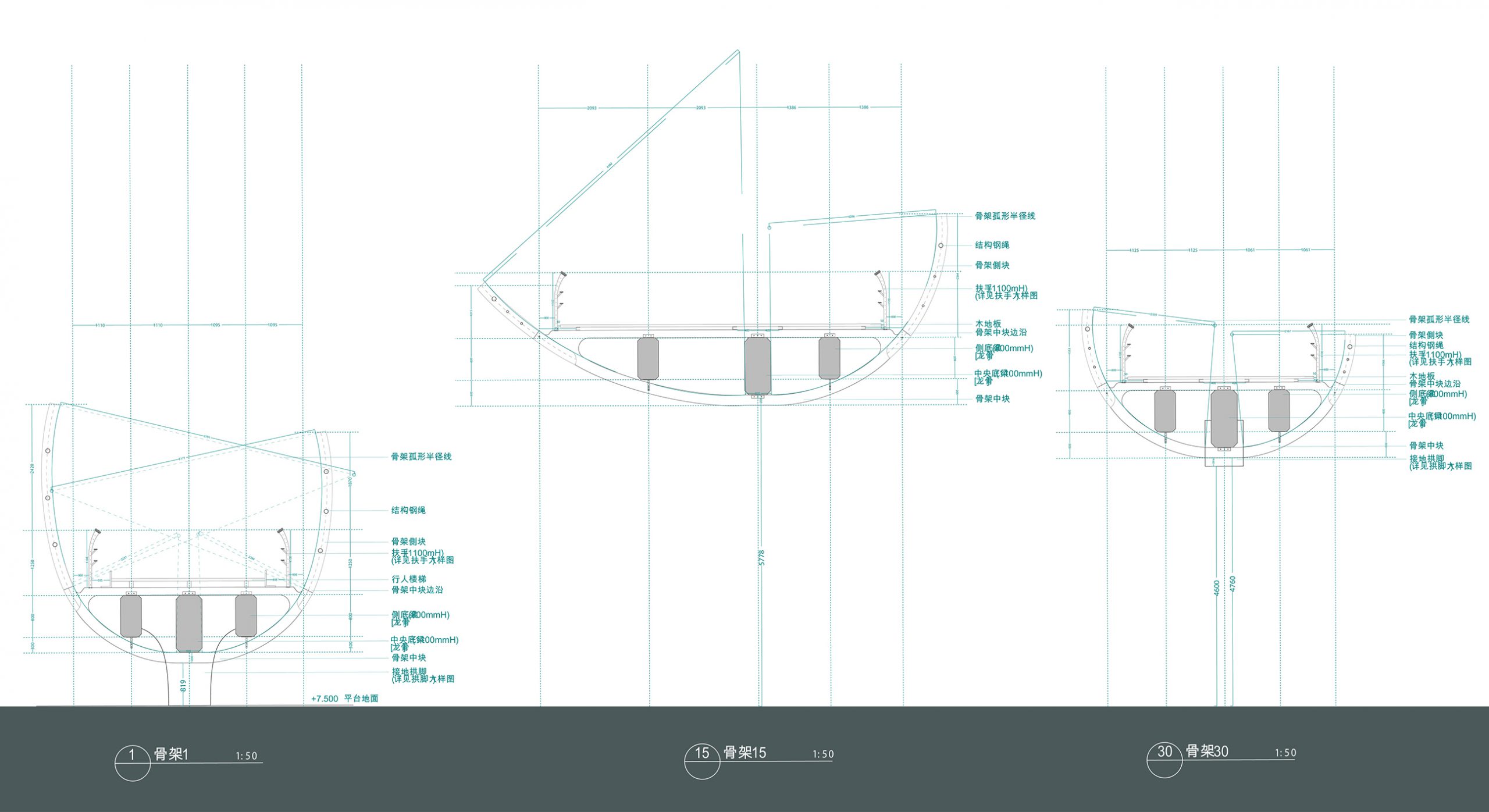